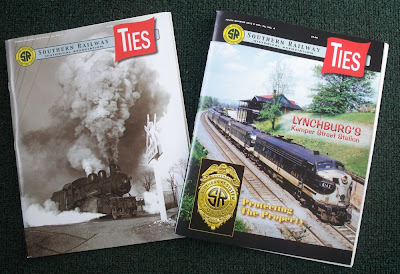 These are the covers of two issues of TIES Magazine, the quarterly journal of the Southern Railway Historical Association.
The second quarter covered the Virginia Blue Ridge Railway which you followers of this blog know is a short line connection and is partially modeled on the VBR&S. The forth quarter featured a couple of articles by a friend, Garland Harper, on Lynchburg's Kemper Street Station, which is of course featured prominently on the VBR&S. I don't know how this happened, but VBR&S management is thrilled with the publicity. 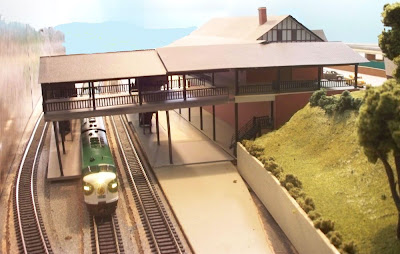 Here then is my depiction of the cover shot. I can't quite get the angle since in my world there's a wall there but my engines are green and the walkway over the tracks is still in place. 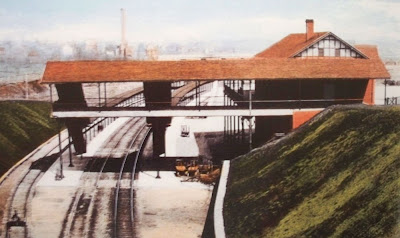 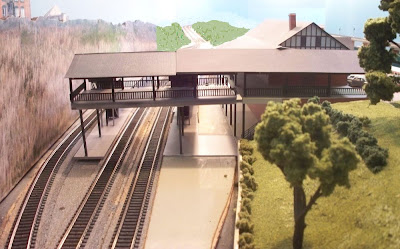 I can duplicate pretty well the post card view at the top. My same view from Park Avenue is below.

At the top, a black and white view from the articles, and then my view. 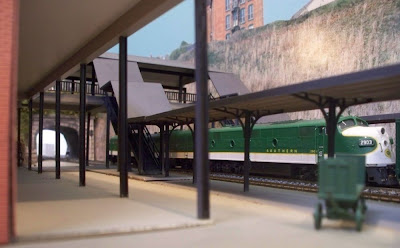 Finally a shot from the platform looking toward Park Avenue tunnel. Maybe next year an article on Amherst or Charlottesville. Keep up the good work SRHA!

Here I am adding scenery to the Kemper Street Station scene and a pesky northbound passenger train shows up. Now what can I do? Ah Ha, what any rail fan would do, pull out my camera.

We're getting "Teacher Work Days" this year that we've never had before because we usually have many snow days to make up. I used this one to add the backdrops that came in last week. 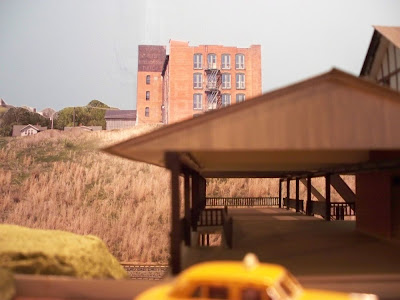 This is a classic scene at Kemper Street Station. If you've been there you'll know what I mean. Directly behind the bank that used to hide the N&W's L&D connector was a Craddock Terry building. It still stands and the photo of it was taken just a few weeks ago. Now sized and placed behind the bank (which is itself a series of photos of a generic bank along 29N) the view from Kemper is getting real. 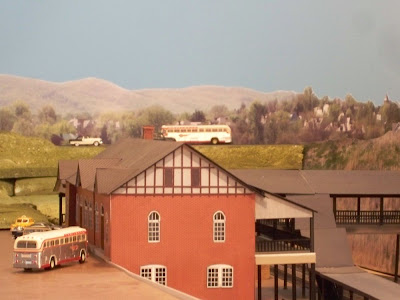 Another angle, this time looking south toward Park Avenue (the tunnel's hidden by the walkway roof). 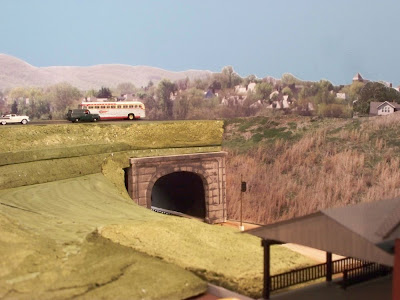 There's the tunnel and more photo backdrop curved around the backdrop. 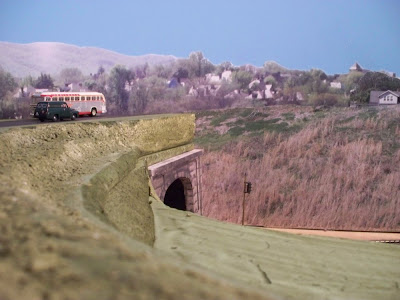 And from a slightly different angle.
Next I'll start to add actual scenery materials (grass, bushes and trees) to blend all of this together.
Oh, why did I use a generic bank rather than photographing the real thing at Kemper Street Station? Two reasons: 1st It's hard to photograph the real thing because you can't back off a good photo distance from it. 2nd They've let the thing grow up with weeds, bushes and trees so much that it doesn't look as nice as it used to. This one from 29N seems to look right. By the way it's mounted on foam core, so it's actually set out a bit from the stuff behind it. The top of the foam core will give me a good place to stick scenery stuff to hide any places I don't like behind it.

Today I got to paint the Styrofoam.  I tried some traffic up on Park Avenue. 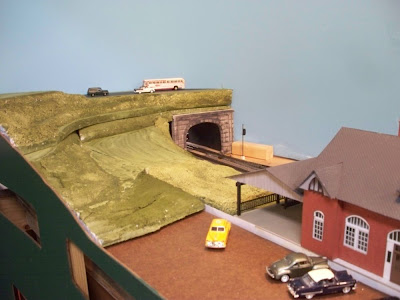 Next will come grass, bushes and trees. I've selected and adjusted the backdrop photos for this area. I hope to order them this week and continue work on this area. 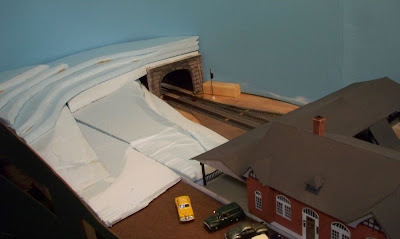 Next, probably this afternoon, I'll remove the hill and cover it with sculptimold, then paint it and add scenery. It actually comes off in three parts so I won't cream the station taking it on and off. I'll actually put most of the grass and scenery material on it before I put it back on the layout. When I put it back I'll glue it together and touch up the segments where they join.  I'll try to post pictures as I do this.

I got to work on the Kemper area some more. Today I weathered the tunnel portal and installed it along with a liner (plain ole cardboard painted black inside). 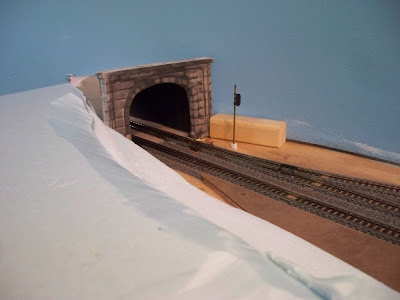 This is the tunnel portal. It's actually called Park Avenue Tunnel, since that's the street that goes over it. 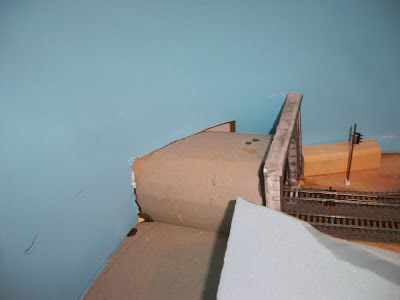 A look down at the portal and the cardboard liner behind it. I also added back a bit of Styrofoam to the hill because yesterdays pictures indicated I had cut a bit too much off. The sculptamold should cover any other screw ups. Funny how you can look and look at something, but until you look at a photo of it, you never see the problems.

I have worked on the railroad here and there, but in the past month or so, I've finally taken the scenery plunge. I'm working on the Kemper Street Station area. Here's a shot of the real thing. 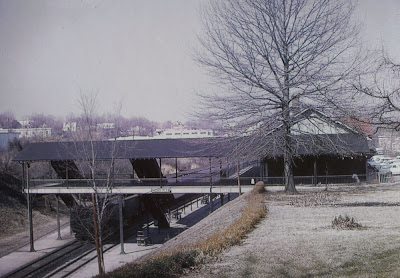 and below a shot of what I've done so far from close to the same angle. 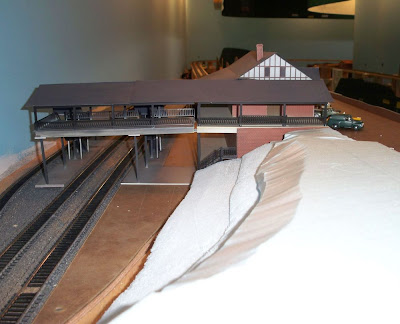 As you can see I've ballasted the track, and cut the foam to approximate the area in the real picture. I had started the foam several weeks ago, but got tired of cutting and using sand paper. My foam cutter I've owned for 5 years, but never used , had no wire in the package. Fortunately I went to Colorado last week and Nate had picked me up some at Caboose.
As I make progress, I'll try to add more pictures in the coming weeks. I'll warn you I'm sloooowwww.