A quick tour of some nice spots

With all the signal work lately, it was nice to look around the layout as I cleaned track for the next op session. Here are a few shots of buildings waiting for scenery around them. 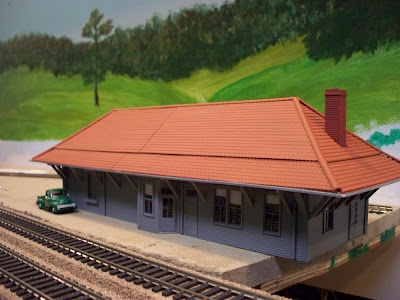 I built the Amherst Depot a few years ago. This one is in my home town and still exists, although it was moved from track side a couple of years ago. The real thing is awaiting money to be made into a welcome center for the town of Amherst. The backdrop here is about the only area I've painted and I'm not sure I'm happy with it. I may experiment with actual photo backdrops. 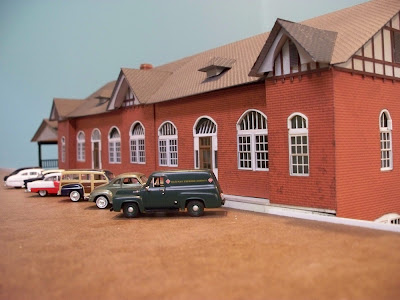 Kemper Street Station in Lynchburg is probably the most complicated scratch built structure I've ever built, but it came out okay and resides at the south end of the layout in Lynchburg. 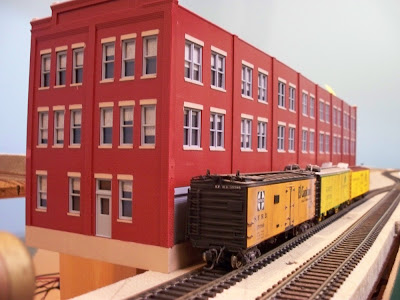 This is a Walthers kit doubled in size to represent Quality Foods an actual industry near Monroe. It is not meant to replicate the real Quality Foods which is a rambling single story affair. 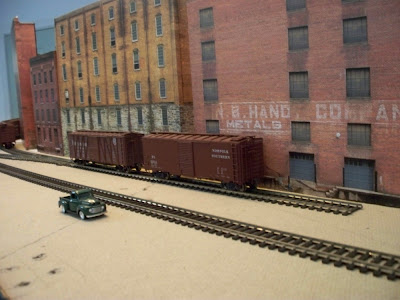 Lynchburg's Lower basin is home to a lot of industries on the VBR&S as it was on the real Southern in 1956. Most of the buildings here are from Radical Flats and are of the actual buildings that still exist in the lower basin. Here we're looking at NB Handy on the right with two other actual lower basin structures visible beyond. 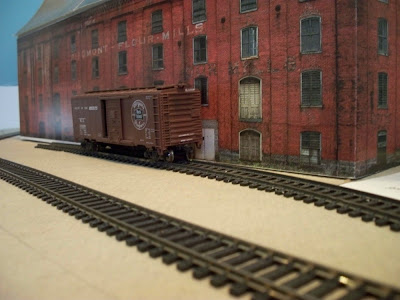 At the other end of the Lower Basin along Lynchburg's Jefferson Street we find Piedmont Mills. This is a temporary version from the guys at Radical Flats as they are still working on the roof details on this building.