At first glance these pictures probably look just like those from last month, but there have been improvements.

The over all area is pictured here. Whats new is a second row of structure flats behind the main buildings but in front of the city backdrop. Also since Commerce Street is several stories above Jefferson Street there's vegetation in areas where the ground would be visible. 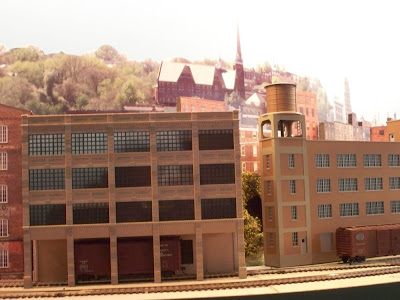 Starting on the south end of Jefferson Street we see Craddock Terry Shoe Corp. and the Schewel Furniture Warehouse, the only plastic kits in the Lower Basin scene. 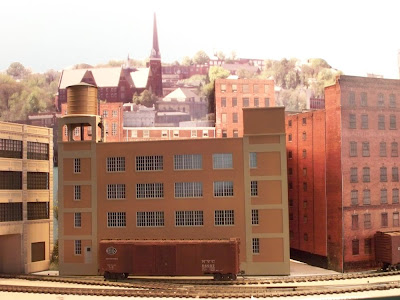 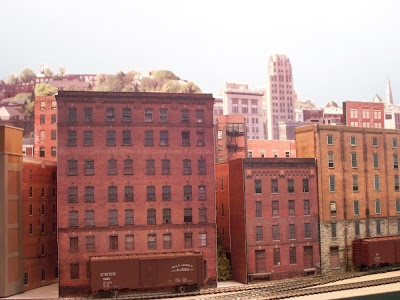 A bit more west and Barker Jennings is on the right. 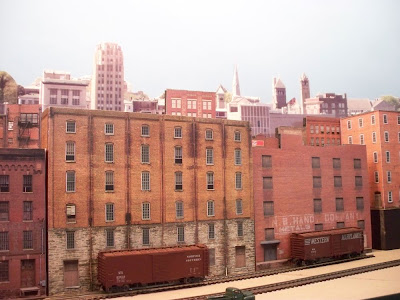 Finally N.B.Handy is to the right of Barker Jennings. I like the effect that three layers gives as you move along the street, different areas of the back drop and second row of flats become visible. I think I learned that watching a Disney episode on the making of cartoons as a kid.
Anyway, it's not finished, but it's getting there.