Progress in the Lower Basin

I've actually been working on the railroad! In Lynchburg's Lower Basin I've added three buildings from Chris Wiley's Photo Buildings series which are actually in the Lower Basin. 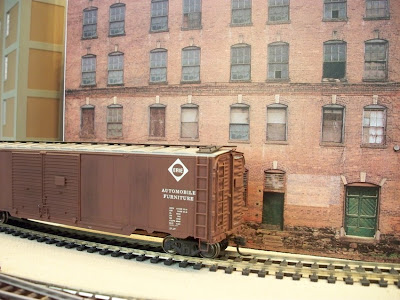 This one is near the Strouther Drug spot on the layout and because it's actually still there and was next to the Strouther building which isn't there anymore, will take it's place on the VBR&S 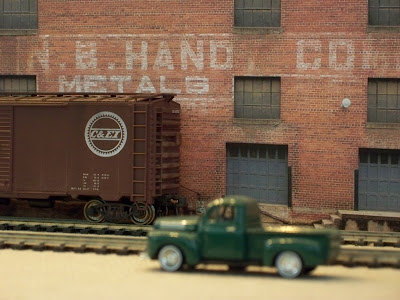 N.B. Handy is still around, and so it is now in place in it's proper location.

In addition to adding these buildings, more will be forthcoming...Chris is working on them now. I've also begun work on adding signals to the VBR&S. The first installation location will be Tye River. The module is here, and I'm building the signals for it. Stay tuned for progress reports. The Southern used ABS on my portion of the railroad in 1956, so that's the system I'll be using. They won't replace the Timetable & Train Order system we have now, but simply add to it.